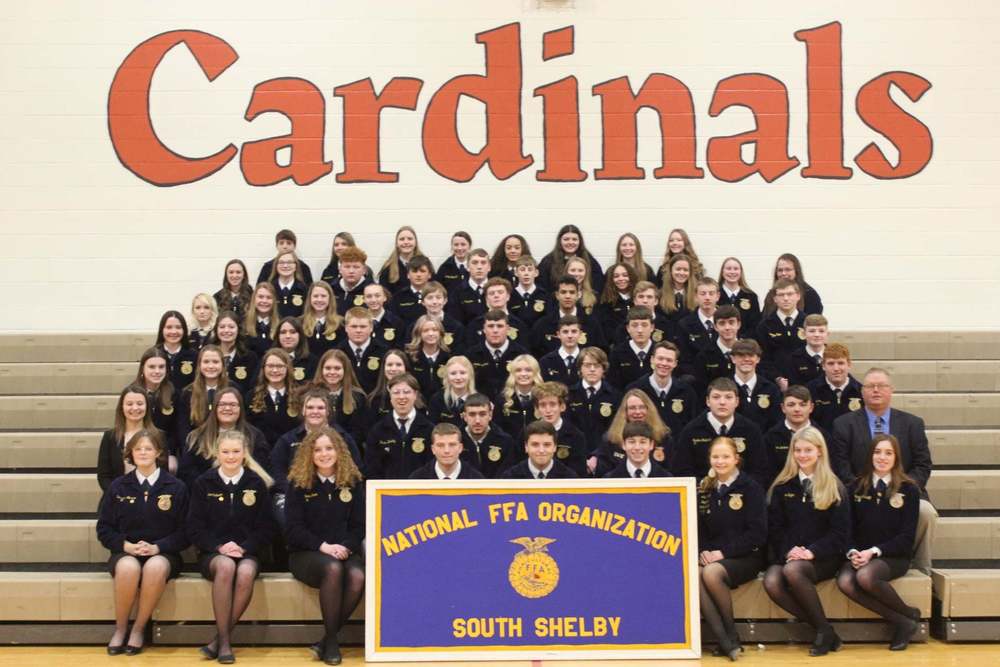 This past Monday the South Shelby FFA Chapter held a muddy vehicle competition for its members.  Participants covered their vehicles with muck and paraded them around the high school’s parking lot.  The contest was won by reigning champion, Shaun Wilkerson. Shaun received a twenty dollar cash prize for his efforts. The chapter also hosted a Staff Appreciation Lunch. Those who attended were served cheeseburgers and homemade fries by members of our chapter.

This past Tuesday the South Shelby celebrated Member Appreciation Day with a meal, including burgers, steak, fries, and mozzarella sticks. Chapter members were also encouraged to celebrate FFA Week by dressing in camouflage and boots.

This past Wednesday members of the South Shelby FFA showed their FFA spirit by dressing up in “jorts” and as “hicks.”

This past Thursday the South Shelby FFA held a community breakfast in the ag shop. Those who attended were served biscuits and gravy, sausage, bacon, pancakes, and eggs by our officers and assistant officers. Chapter members also celebrated FFA Week by wearing their official dress to school, and we also took the FFA group pictures that day.

This past Friday the South Shelby FFA concluded FFA Week with Drive your Tractor to School Day.  We held a tractor parade in the high, middle, and elementary schools’ parking lots. Elementary school staff were gifted FFA Week cupcakes from Koch’s General Store in appreciation for their support of our chapter. Chapter members also commemorated the occasion by dressing in plaid and overalls.