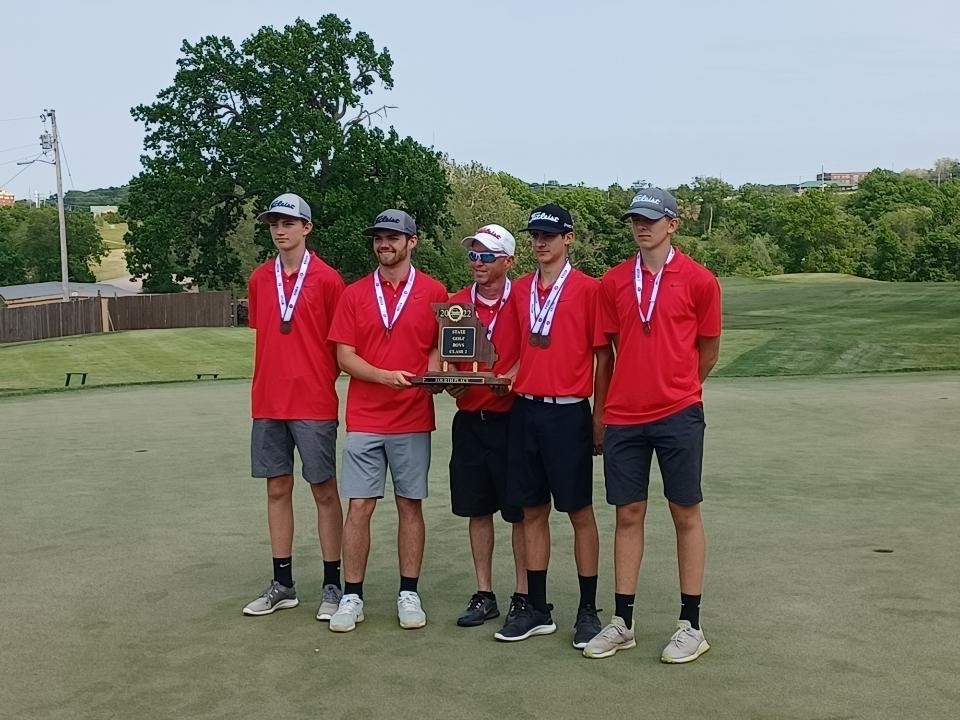 Congratulations of the South Shelby Golf Team that placed 4th in Class 2 at State Golf on Tuesday.  The golfers began round 1 on Monday.  Casen Glover led the team with an 82. Elijah Kline ended day 1 with a 94,  Jaaron Durbin with a 96 and Dax Durbin with a 100.  While the Day 1 results aren't what the boys has wished for, they came out Tuesday wanting to bring some hardware back to South Shelby.  Round 2 ended with Casen Glover shooting an 80, Dax Durbin shot an 87 (13 shot improvement over Day 1), Elijah Kline with an 88, and Jaaron Durbin with a 99.  These improvements led the Cardinals to take 4th place in the team standing.  Casen Glover finished 6th, and was selected to the All-State golf team.  This is Casen's second time of being All-State.  Congratulation to the South Shelby Golf Team!